Many people think goal setting doesn’t work, and very quickly become demotivated when pursuing their goals. The thing is goal setting works and will work for everyone who uses it properly. Let’s take for instance when we were children…as a child there was always something you wanted and you literally would do anything to get it. Can you remember any such time? It could be something as simple as wanted to go out and play with your friends and your parents said no…you figured out a way to make it happen…goal setting with motivation at work.

There were times also when your goals were set for you, for instance, when you parents said you couldn’t hang with your friends until you cleaned your room…goal setting and motivation again at work. And hidden inside these seemingly simple goals were things to help you hone your time management skills. And you thought you couldn’t master goal setting. You have been exposed to goal setting, albeit subconsciously, all your life.

All you need to do is to now consciously use this goal setting power. There several ways to this, I will just give you an effective one that has worked for me, unfortunately, one size does not fit all so you must find the one that works for you:

It is said that if you repeat something, consistently, for 21 days or more it will become a habit, so let’s start setting goals today, right now.

You have what it takes to set and achieve your goals, but you would do it faster with a coach, feel free to contact me and let me help you reach that goal sooner than later.

Ok, so you have been given another day, what are you going to do with it? Maybe one of your questions to finding out what to do with it, is to ask  “Do I like where I am?”

Often what keeps you stuck and continually doing penance, is the very feeling that you must pay for your lack of action. You become caught in a circle of self-blame, condemnation, feel hopeless, and feed the fire—or slow burn—by reciting like a mantra your history of inertia and self-judged wrong choices. Well, let’s use this day, right now, to break that dead-end cycle of waste and regret.

Today, let’s to stop the incessant self-judgments and accept yourself on a new basis—to accept that every moment of your life has been part of an all-encompassing Purpose, and that this Purpose proceeds by divine order.

When you acknowledge the workings of divine order, you see your life not as a consummate failure but as an evolving, orderly progression. Even though you may not see the purpose of each event, meeting or happening at a given moment, each piece fits.

Become freer from the self-defeating thoughts and labels that have kept you down. You’ll start to shed your old habits of negating yourself and ease gently into the splendid “clothes” of deserving. In these new “clothes” you’ll begin to blossom and develop your talents and abilities, as you’ve always secretly known you could.

Now use this new day to create new thought patterns, to be productive and to be free!

All you have is now! Not yesterday, not tomorrow. So your success starts NOW!

Anything we have to do can only be done in the Now! Yesterday is gone and tomorrow is not here yet.

So everything you can do, can only be done now, so success starts Now!

We spend so much time worrying about yesterday, which we cannot change or on what we are going to do tomorrow that the Now keeps passing us by.

Start being successful right where you are, right now! Stop putting it off or finding past excuses not to start.

See every step as a success step. Look for the success in every single step you make, even the steps that others call “failure”. “Failure” is only a failure if you do not learn from it.

Your failures are stepping stone. There are successes in every single “failure”.

A common regret by those near the end of their lives is “I wish I’d had the courage to …..”. Well stop wishing and you don’t have to wait until it’s too late. You have what it takes to be successful.

Define your own success, do not try to live up to other peoples’ definitions of success, that is a guarantee for disaster. Set YOUR success values and goals, ones that feed your soul. Find what is most important to you, and why? And start it Now! Not tomorrow or next week or next year…start it right where you are NOW!

Do the work with an attitude of enthusiasm and purpose.  Carefully and joyously, choose activities that support your success goals and values. Find someone who will support and help you with your success journey. Someone who will believe in you, even when you have given up.

Every now and then a story makes the social media rounds that is worth sharing, this is one of them. I hope reading it will inspire you to “push your cow off the cliff”.

Once upon a time in a faraway land, there lived a Chinese wise man and his disciple. One day in their travels, they saw a hut in the distance. As they approached they realized that it was occupied in spite of its extremely poor appearance.

In that desolate place where there were no crops and no trees, a man lived with his wife, three young children and a thin, tired cow. Since they were hungry and thirsty, the wise man and his disciple stopped for a few hours and were well received. At one point, the wise man asked:

“This is a very poor place, far away from anything. How do you survive?”

“You see that cow? That’s what keeps us going,” said the head of the family. “She gives us milk, some of it we drink and some we make into cheese. When there is extra, we go into the city and exchange the milk and cheese for other types of food. That’s how we survive.”

The wise man thanked them for their hospitality and left. When he reached the first bend in the road, he said to his disciple: “Go back, get the cow, take her to the cliff in front of us, and push her off.”

The disciple could not believe what he was hearing. “I cannot do that, master! How can you be so ungrateful? The cow is all they have. If I throw it off the cliff, they’ll have no way to survive. Without the cow, they’ll all die!” The wise man, an elderly Chinese man, took a deep breath and repeated the order: “Go ahead. Push the cow off the cliff.”

Though outraged at what he was being asked to do, the student was resigned to obey his master so he returned to the hut and quietly led the animal to the edge of the cliff and pushed. The cow fell down the cliff and died.

As the years passed by, remorse for what he had done never left the disciple. One spring day, the guilt became too much to bear and he left the wise man and returned to that little shack. He wanted to find out what had happened to that family, to help them out, apologize, or somehow make amends.

Upon rounding a turn in the road, he could not believe what his eyes were showing him. In place of the poor shack there was a beautiful house with trees all around, a swimming pool, several cars in the garage, a satellite dish, and on and on. Three good-looking teenagers and their parents were celebrating their first million dollars. The heart of the disciple froze. What could have happened to the family? Without a doubt, they must have been starving to death and forced to sell their land and leave. At that moment, the student thought they must all be begging on the street corners of some city. He approached the house and asked a man that was passing by about the whereabouts of the family that had lived there several years before. “You’re looking at them” said the man, pointing to the people gathered around the barbecue. Unable to believe what he was hearing, the disciple walked through the gate and took a few steps closer to the pool where he recognised the man from several years before, only now he was strong and confident, the woman was happy, and the children were now nice-looking teenagers.

He was dumbfounded, and went over to the man and asked: “What happened? I was here with my teacher a few years ago and this was a miserable place. There was nothing. What did you do to improve your lives in such a short time?”

The man looked at the disciple, and replied with a smile: “We had a cow that kept us alive. She was all we had. But one day she fell down the cliff and died. To survive, we had to start doing other things, develop skills we didn’t even know we had. And so, because we were forced to come up with new ways of doing things, we are now much better off than before.”

Sometimes our dependency on something small and limited is the biggest obstacle to our growth. Perhaps the best thing that could happen to you is to push your “cow” off the cliff. Once you free yourself of the thought “it’s little but it’s certain,” or of that idea “I am not doing great but there are people who are much worse than me” — then your life will really change.

May you have the wisdom to recognize your “COW” this new year, and the COURAGE to push her off the CLIFF.
Have an awesome 2019 ! 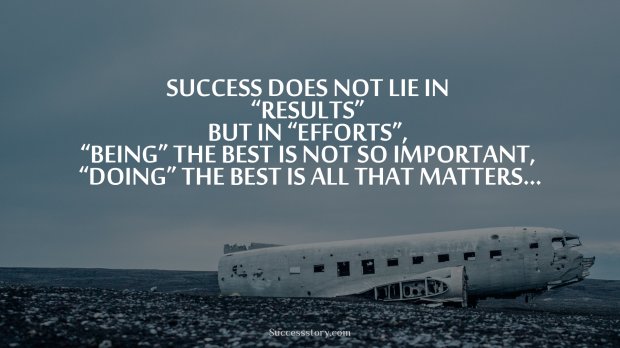 It is the new year, so now’s a great time to:

1. Wipe the slate clean.
2. Focus upon what you really want.
3. Chart your course.

Well… only if you want to risk having to repeat these steps for the same wishes next year! Maybe this is splitting hairs, but here’s an adventurous alternative:

2. Define what you want in terms of the end result. Don’t worry about the hows, or even the course. KNOW that what you want is ALREADY yours in spirit, by divine LAW, just focus on the certainty of this ownership, understand it, claim it, and “it will be on earth, as it is in heaven (spirit).”

3. LET THE UNIVERSE show you the way via your impulses and instincts that appear as you take inspired action. Don’t worry that your first steps seem silly or futile. And if you don’t know what to do, do anything! Go! Get busy! Do not insist on intermediary successes, only upon the end result.